Case Study: Chillers an Integral Part of a Hospital’s Resiliency

Houston Methodist Hospital, a world-class hospital and medical research institution, requires a constant, reliable and affordable energy supply to meet its critical needs. That became even more obvious to administrators at Houston Methodist Hospital after Hurricane Katrina and other major storms from the following years. The hospital required the ability to create its own energy to maintain operations during the blackouts that can occur with major storms that regularly slam into the Texas gulf coast.

For two decades, Johnson Controls and its YORK® brand chillers have played a major role in helping the hospital meet its very specific cooling needs by offering flexible and efficient solutions.

Bruce Flaniken, manager of FMS engineering services, facilities design & construction/network hospital construction departments, explained that the unnerving hurricane experiences and building expansion plans resulted in hospital administrators taking a hard look at the central plant. The CUP’s seven existing YORK® steam-driven and electric chillers had sufficient chilling capacity for the building expansion, but the cooling towers could not support the operation of all chillers simultaneously. The facility was also not able to provide all required standby power during an emergency, to achieve added resiliency.

“We still had the memory of Katrina and another storm the following year on our minds,” Flaniken said. “During Katrina, we lost water pressure and almost had to shut down. The city had to hook up a fire truck to our CUP to pump water into it."

“We looked at the numbers and realized we could put the money into the central plant and not only handle the energy needed for the expansion, but also have the emergency power to continue to operate if the grid goes down.”

Next up was a high-pressure natural gas turbine generator combined heat and power (CHP) unit to produce 4.5 MW of power and thermal recovery via a combination heat recovery steam generator. The turbine generator (CHP) creates the steam required to run the YORK® YST chillers.

The CHP generator also meets the hospital’s steam demand for heating, sterilizing and hot water. It additionally helped shift the facility’s demand from the existing utility power grid to natural gas, resulting in major savings. For only the cost of running the condenser-chilled water pumps and cooling tower fans, the CUP can now produce up to 2,800 tons (9,800 kW) of chilled water from free steam and another 2,000 tons (7,000 kW) of chilled water from lower cost steam.

The CUP can also produce up to 8,800 tons (31,000 kW) of emergency cooling with the electric and steam-turbine YORK® chillers even if all power is lost due to rolling brownouts or storm-caused blackouts. The hospital can maintain operation of a major portion of the medical campus, including patient care and research demands while still reducing dependency on the local power grid.

“We are now the only hospital in the Texas Gulf Coast area that can operate during hurricane-type power grid outages,” Flaniken said.

In just the first year, Houston Methodist Hospital experienced over $1.8 million in energy costs and savings continue each year. The project achieved payback almost twice as fast as expected, from four years to a little over two years. Another added benefit from the entire CUP revamp is a significant reduction in the greenhouse gases nitric oxide (NOX), sulfur dioxide (SO2) and carbon dioxide (CO2).

“Integrating the Metasys and CHP system controls, installing the YORK® chiller, cooling tower and piping cross connections without shutting down the existing CUP utilities had to be carefully planned and migrated,” Flaniken said.

Flaniken said Johnson Controls and YORK® have long been important contributors to the success of the Houston Methodist Hospital. In 2004, the installation of a 2,000-ton (7,000 kW) YORK® steam turbine chiller was undertaken as part of an energy rebate from a local utility company, therefore paying for a portion of the unit.

“We had an old chiller that was giving us problems, so we opted to take the rebate and get a more technologically advanced efficient chiller to replace the old technology at the same time,” he said.

“We’re proud of what our team – and that includes Johnson Controls – has done to create a model central utility plant capable of meeting the needs of a modern, growing big-city hospital,” Flaniken said. 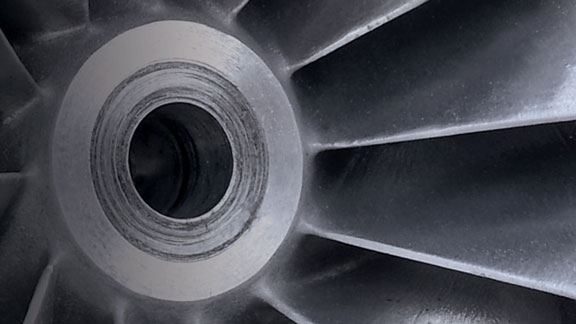